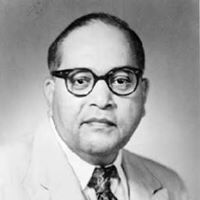 The messages of Tathagat Buddha “Atta Deepo Bhava” and Dr.B.R.Ambedkar’s challenge “Be organized, be educated & be fight’’ with the combined effort of leading the Dalit social workers, literates and intellectuals in the state, a cultural organization with a cultural and historical tradition, Ujjain, as a self-governing organization of Madhya Pradesh Dalit Sahitya Academy Has been established.

Aftermath The Society has been duly registered under the Societies Registration Act 1973 (No. 1906 dated 18 November 1987). The head office of the Academy is located in Banabhatta Marg, Ujjain, and the entire workspace is the whole of Madhya Pradesh.

The Goal of Madhya Pradesh Dalit Sahitya Academy is : to educate the exploited-suffering Dalit people of the society with their human rights and rich cultural heritage, to communicate their new consciousness and to persevere in struggle against exploitation and inequality. For this purpose, the creation of Dalit literature is to be created and adorned with a harmonious environment, as well as empowering the Dalit for the achievement of human rights in general, by attempting their active ideological-literary initiatives to restore their socio-cultural identity society.

In order to ensure the activation of the academy at the state level under the work plan which has been set up initially for the purpose of fulfilling its establishment objectives, by organizing district level units to provide them affiliation, regional-regional and national level seminars Organizing academic programs, lectures, workshops, poet seminars, conferences, seminars etc. and publishing and publishing of a series of memorials on special events, journaling of prestigious journalists, social workers, decorative artists, with due respect. The scheme involves the publication of research articles & books.